The Most Influential Social Media Entrepreneurs 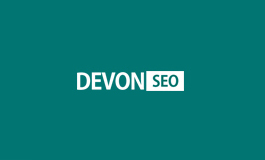 When young people are trying to decide on a career path, they are often advised, “Follow your passion – do what you enjoy,” and for some of today’s most influential social media entrepreneurs, this is exactly what they did.

Just about everyone in the 21st century enjoys social media – it’s become a way of life. So if you could make a comfortable living from doing something you love as a leisure activity, this would be a great way to spend your days.

According to a study by the Statistics Portal in 2017, the number of worldwide users of social media is expected to reach 2.95 billion by 2020. This equates to around one-third of Earth’s population. People using social networks, blogs, business networks, forums, photo-sharing platforms, chat apps and social gaming sites is 2.46 billion and this figure continues to grow steadily.

A passion for computers and programming led multi-billionaire Mark Zuckerberg, aged 33, to invent the world’s most popular social media app, Facebook, from his dormitory while still a Harvard University student. Now the world’s youngest billionaire, he is worth an estimated $72.4 billion.

Facebook started out as a small social networking site just for Harvard students in 2004, when Zuckerberg was 19. The self-made entrepreneur dropped out of university after its popularity spread rapidly and he moved to California, where he began running Facebook as a full-time business.

Today, it has an estimated 1.49 billion active users and Zuckerberg was ranked 10th on Forbes’ list of The World’s Most Powerful People in December 2016. His wealth is growing as the popularity of Facebook continues to boom, for individuals and businesses alike.

For a university dropout who followed his dreams and built an empire on his passion for technology, he is one of the 21st century’s biggest success stories. His rapid rise to global fame and wealth, in a relatively short time, has inspired generations of young people to think, “I could do that!”

In terms of influencing others, a prime example was when Zuckerberg recently posted a photo online, showing a wardrobe full of his “work uniform” – a whole row of similar light grey t-shirts. Psychologists were quick to analyse why every outfit was casual, yet looked the same.

Most people’s idea of a work uniform is a business suit of some kind. Psychologists said Zuckerberg’s “uniform” of casual grey t-shirts was the business leader’s way of clearing his mind of unimportant choices, such as what to wear for work.

However, it didn’t have the same constraints as a traditional uniform, hence the entrepreneur retained the casual look for which he has become known.

The philosophy of a more casual uniform has spread into office culture, with a number of managers in the US relaxing the company’s formal dress code – and all because of an online photo of a row of grey t-shirts! This is an illustration of how influential social media entrepreneurs can be in modern society.

Another social media entrepreneur who turned his passion for computer programming into a career, is Twitter founder Jack Dorsey. With a wealth estimated to be £3.4 billion, as of February 2018, Dorsey was born in November 1976. The American businessman was also a university dropout, who went on to become one of the richest people in the world.

He dropped out of New York University in 1999 and continued to create innovative software – his passion since he was 14 years old. He came up with the idea of Twitter while at university, but it wasn’t until he left that he began to develop it more seriously.

Inspired by the development of AOL Instant Messenger, Dorsey wondered whether the software could be used for sharing among friends.

He had built a Twitter prototype within two weeks and following further developments, he partnered with Noah Glass, Ev Williams and Biz Stone to launch the app on 21st March 2006. It is now used by more than 304 million people and Dorsey has become a billionaire through ads and affiliates.

Social media platforms such as Twitter, Instagram and YouTube are massive for some of the users who post regularly, as they have become celebrities in their own right. They are known as social media influencers and many businesses use them in their marketing strategy to forge an alliance with people who can reach consumers through their own social network.

A survey in 2017 on the power of social influencers revealed 79% of respondents believed influencers and bloggers could create reactions and mobilise opinions, as they were seen as experts in their field, with valid opinions.

One of the biggest social influencers is Italian blogger Chiara Ferragni, whose fashion blog, The Blonde Salad, has attracted 7.3 million Instagram followers since its launch in 2009. She has also collaborated with a number of top designer brands, including Gucci, and has launched her own range of footwear.

As a business, there are many ways to use social media to your advantage. Sponsorship is responsible for a lot of the money earned through social media, especially for newcomers. Yoga teacher and social media influencer Caitlin Turner started with sponsorship. This means brands pay to be associated with you.

In a similar way, advertisements monetise social media. Makeup and fashion blogger Liz Meghan uses YouTube to make a living through advertisements. Advertising differs from sponsorships, as there isn’t normally a long-term relationship with the entrepreneur.

If you’re selling products through an ecommerce store, social media is an ideal place to either sell your products direct, or build up a following and then redirect them to your website.

Another money-maker is affiliate marketing, when you work with a brand to help sell its products, earning a commission when someone purchases through your affiliate link.

If you have a service-based business, use social media for marketing. For example, if you’re a hairstylist, post pictures of your creations to Instagram – or whatever your business, use Facebook to engage with potential customers. There are countless opportunities to engage people on social media.

If you’re a creative entrepreneur or an artist, social media is an unparalleled tool for boosting your public profile. Most singers, performers and other artists have their own social media channels to improve their visibility, sell their art and book gigs.

Social media works best when you create content daily and schedule it at the appropriate times, analysing what people respond to and taking time to build the optimum social media marketing strategy. Statistics show it can expand your reach by 1,000 times plus.

When you consider YouTube has around one billion active users per month, Instagram has 100 million and Twitter has more than 135 million, even if less than 1% of the people on these channels look at what you’re posting, you’ve increased your reach by more than 1,000 times just through using social media to share your passion.

Here at The Devon SEO Co., we specialise in social media management and we can help your business to optimise the benefits of social media channels, using our expertise and experience in the industry. To find out more about how we can help, give us a call on 0800 404 5988 or send us a message.